The Unpopular Truth About Sex Positivity by Joyen

What does it mean to be sex positive?

According to the International Society for Sexual Medicine, sex positivity “involves having positive attitudes about sex and feeling comfortable with one’s own sexual identity and with the sexual behaviors of others”. While this definition seems empowering, it is actually easier said than done. As the eternal topic of taboo, there are many facets of sex that we Asians can find particularly troubling. Hopefully, expounding on some of them here will enlighten the reader: Consensual non-monogamy (CNM) is “a form of romantic relationship configuration where all partners involved agree to engage in romantic and/or sexual relationships with other people”. Some examples include swinging, polyamory, and open relationships. Not to be confused with polyandry (i.e. a woman marrying multiple men) and polygamy (i.e. a man marrying multiple women) which have religious and political understructures, CNM accommodates all sexual orientations and relationship structures, wed or otherwise, and opens all communication lines. All parties talk about the level of sex and intimacy involved and clearly negotiate which behaviors are acceptable.

Society, and religion in particular, generally frowns upon non-procreative sex. The classic belief is sex should happen upon marriage between a man and a woman, and the fruit of this should be a child. Thankfully though, we now live in a world wherein sexual pleasure is recognized as a necessity, and people are more (literally and figuratively) open to exploring new things. Masturbation, once viewed as an act that implies discontent with one’s sexual partner, is actually a method of learning about one’s own sexual identity and requirements. Sodomy, once condemned by the Bible, is an exciting venture into ways of pleasure other than the union of the male and female genitalia.

Sex workers are people who “receive money or goods in exchange for sexual services, either regularly or occasionally”. It is imperative to note that while this article upholds consensual and ethical sex work, we dennounce all of forms of sex work that is oppressive and exploitative. Sex work is work. Professional sex workers are human beings with specializations in the genre and bills to pay as much as the next person. If a discerning adult freely chooses to take part in this industry, then they should have labor rights and protection as well as anybody. Asexuality is a spectrum. Some asexual people have little to no sexual interest, while some may still experience attraction but with ultra specific prerequisites. British Model and Award-Winning Asexual Activist, Yasmin Benoit, says that asexuality is “the sexual orientation that isn’t oriented anywhere”. As with all other colors of the rainbow, asexuality is its own particular hue.

The unpopular truth about sex positivity is it comes in many forms that may sometimes clash with our own truth. The keyword here, however, is informed, freely and enthusiastically-given consent. Indeed, we are brought up in traditional society and religion, but perhaps education about sex positivity will help bring forth a world of understanding and love… one step at a time. Everything You Need To Know About Harness Strap-On 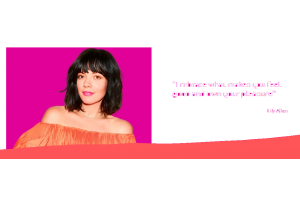 What Are The Most Reliable Vibrators For Women?